AT THE BORDER WITH MOLISE, CELENZA VALFORTORE IS A MEDIEVAL VILLAGE ON THE HILLS, AT THE FOOT OF THE MONTI DAUNI.

A few kilometres from the border with Molise, right on an uphill there is Celenza Valfortore, a nice village located on the Monti Dauni overlooking the valley of Fortore river.

Time has stopped in the town centre of Celenza. From its two ancient town gates 'Porta San Nicolò' and 'Porta Nova' you can access a true 'stone needlework' where Torre Merlata stands out right next to the 15th century Castle and Palazzo Baronale. Get lost around lots of portals decorated with noble emblems, the small squares, the hills and the ancient buildings, such as the Monastery of Santa Maria delle Grazie, the churches of Santa Croce, San Francesco, San Nicola, San Michele, Santa Maria Ad Nives and the Chapel of Calvario.

The wonder continues looking beyond the gates of the city, where your eyes will get lost in the green of the surrounding woods and on the stretch of waters of the Lago di Occhito, the biggest artificial lake in Italy, kingdom of herons, ducks and wolves. 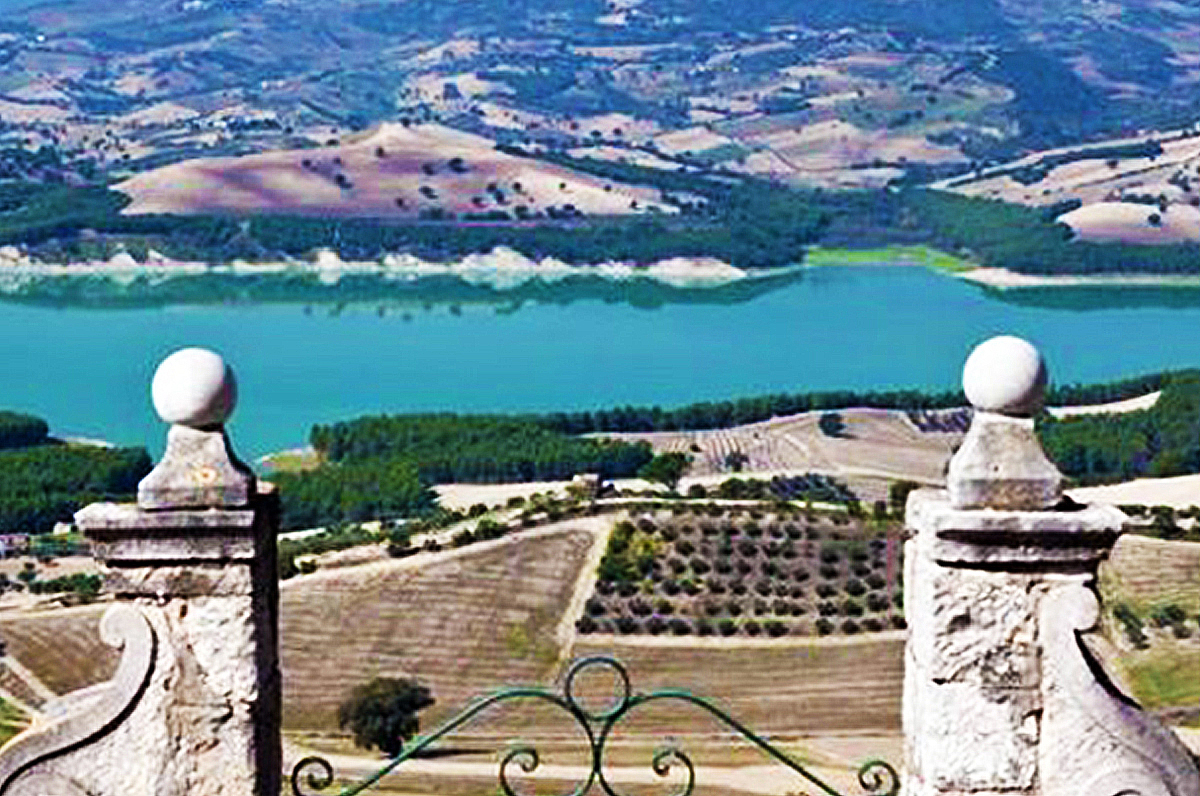 The Lago di Occhito is an artificial lake created by a dam on the Fortore River separating Molise from Puglia and is part of an irrigation system covering an area of 143,000 hectares along the valley of the Fortore river and the plain of the Tavoliere delle Puglie. This big area is included in the perimeter of the Consorzio per la Bonifica della Capitanata. Its reservoir seasonally collects the outflows of the basin subtended in an artificial lake extending on a surface of 13 sq km and has a total capacity of 333 million cubic meters, 250 million of which are actually used. The underlying water catchment area is 1,012 Kmq.

A medieval manor turned into an elegant mansion in the Renaissance. When you access its rooms, you become astonished by the sixteenth-century frescos made by Donato Decumberino. Here history, art and landscape mix. This mountaineous border area between Molise and Puglia was controlled by Riccardo da Pietravalle who will rename this place based on his physical defect: Gambatesa ('Stretched Leg'). 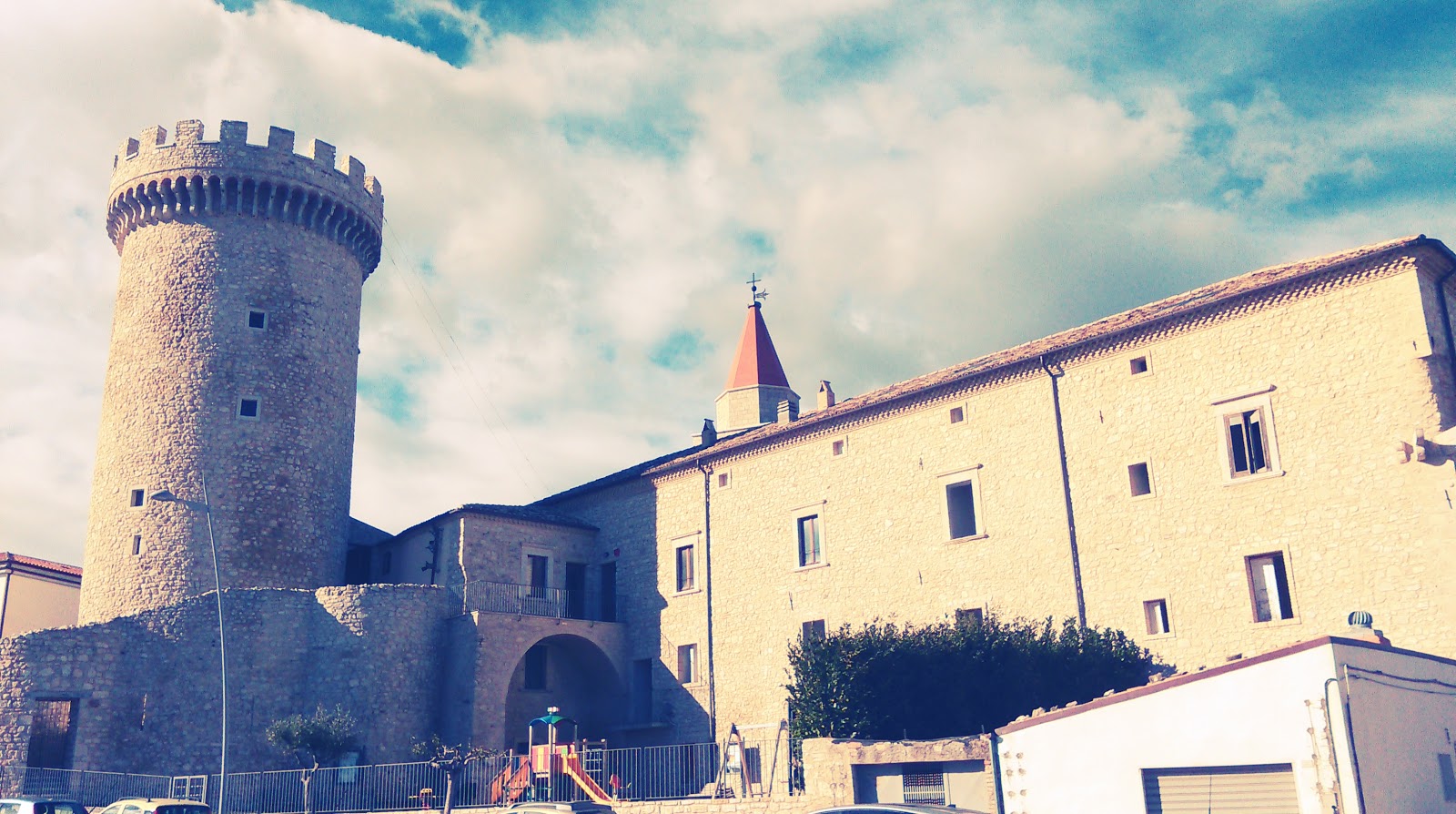 The Angioina Tower of Colletorto

The Angioina Tower was built during the kindgdom of Giovanna I d'Angio', probably on a pre-existing structure. It has a circular and robust plan, 25 m height. At the top of its walls there is a series of corbels and battlements. It overlooks the valley of Vallone S. Maria and the Valley of Fortore river. The year of construction of this work is still uncertain because Giovanna I reigned from 1343 to 1382, but it was presumably built on 1369. 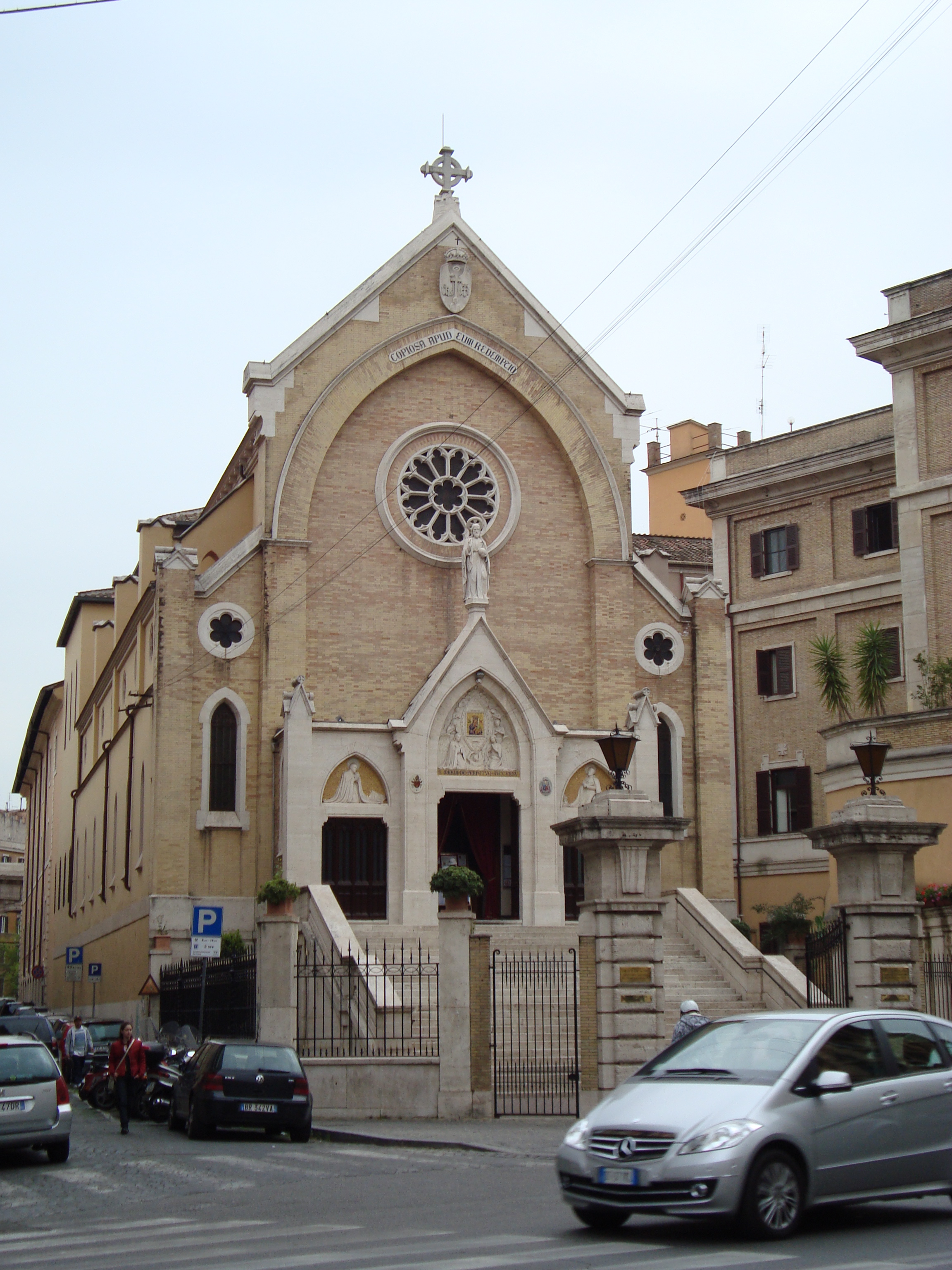 This church was built between 1855 and 1859 based on a project designed by the Scottish architech George Wigley. This is one of the uncommon examples of Neo-Gothic style in Rome. Armellini has a negative opinion on it: 'The architecture of this church is rather ostrogothic and therefore far from being Gothic' cit., page 813). It is one of the last churches of papal Rome and though consecrated to the Most Holy Redeemer, it is known as 'the church of Sant'Alfonso, founder of the Redemptorists', which it the entire complex belongs to. 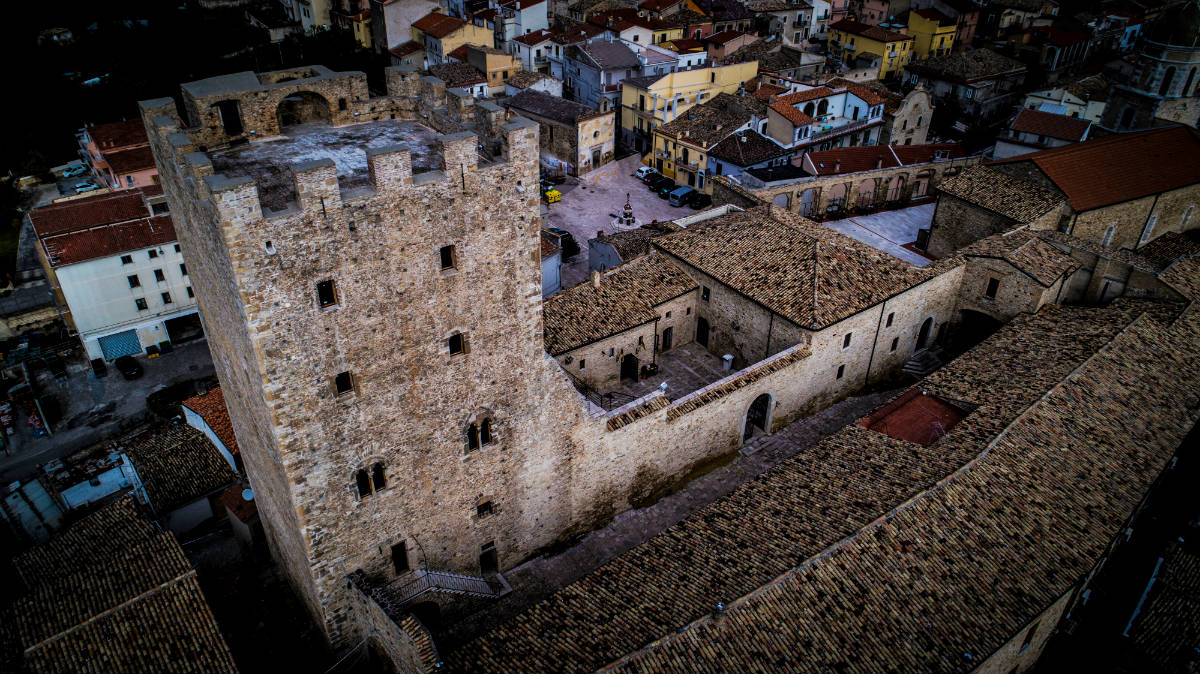 Precious stone bulwark, the Norman Tower now welcomes a museum dedicated to the banditry and offers an evocative view on the surrounding valley. The Terra Vecchia district, the oldest one in the village of Pietramontecorvino, is a real 'tuff embroidery'. Here the Norman-Angevin Tower stands out and in the thirteenth-century it was part of the Doge's Palace. 30 m height, boasting a precious oak staircase, this tower is not far from the noble residence and the Mother Church. Inside the thirteenth-century stone sentinel, it is possible to visit a permanent exhibition on banditry. This is part of a project involving further 29 municipalities of the Daunia area and turning castles and ancient stone lookouts into cultural attractions.